Transportation Opportunities for People with Disabilities

In 2015, the National Council of Social Service (NCSS) in Singapore surveyed about 2,000 permanent residents and citizens between 18 and above to know the prevalence of disability in the country.

The report suggested that about 3.4 percent of the working population could be classified as physically or mentally disabled. The prevalence was higher among older people between 50 and above. The rate was about thrice as that of the younger group.

Further, about half of differently abled individuals suffered from sensory issues—that is, they could not hear, speak, or see. The others might have been diagnosed with intellectual problems.

Like other people with disabilities in other countries, those who live in the city-state continue to face day-to-day challenges, including commuting. But the government is making huge efforts to address their needs.

Navigating the City in Public Trains and Buses

While Singaporeans can own vehicles and modify them to accommodate the needs of the disability, they are often costly to buy and maintain that only a few can afford them. Two of the most popular modes of public transport in Singapore, therefore, are buses and trains.

They are not only cheap but are also accessible. Operators also consistently upgrade and improve their services to meet their passengers’ needs, such as those with physical and intellectual disabilities.

For example, the standard in most trains includes tactile floors that serve as guides for blind individuals. These paths are strategically designed to lead to lifts, which are far less crowded than escalators and safer than stairs, and to restrooms for differently abled. 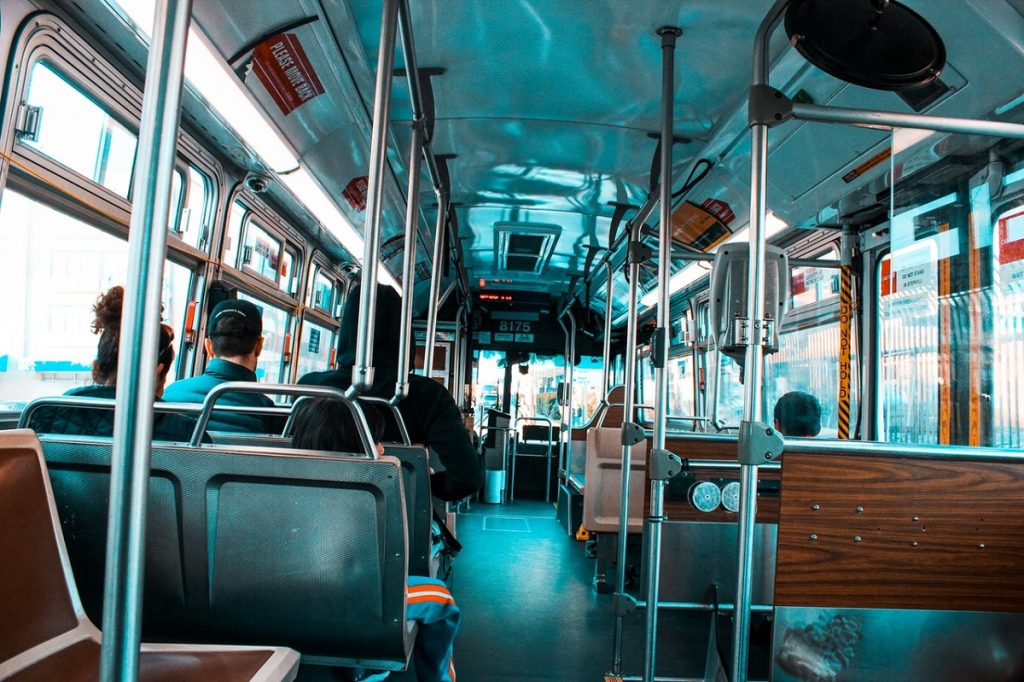 SMRT also allows physically disabled people to bring along their guide or service animals even inside the trains or provides human staff who can assist the person in entering and exiting the train doors.

Braille plates are on lift buttons while inside train stations. Blind individuals can hear announcements, like the next destinations. Those who are deaf, meanwhile, can read tickers and access SMRT maps inside and outside the trains. Wheelchair users can pass through barrier-free entrances that often also feature wider fare gates.

When it comes to buses, about half of those that circle the country are wheelchair-friendly, based on the blue wheelchair decal attached to them. For workplaces that may be employing individuals with physical disabilities, however, SMRT can provide premium charter buses that can cater to people with various conditions.

By June 2021, Singapore will open another integrated transport hub, which guarantees inclusive facilities. For instance, boarding and alighting areas will be barrier-free for people who have to use a wheelchair.

Around the area are also nursing rooms open not only for parents with young children but also for the elderly and people with limited mobility. Toilets will also feature priority queue zones and barrier-free toilets.

Citizens and permanent residents below 60 years old with medically diagnosed disability or impairment and are beneficiaries of other disability schemes may obtain a concession card intended for them. It will entitle the individual to receive at least a 25 percent discount on their regular fare. They also don’t need to pay for travel to distances that exceed 7.2 kilometers.

Holders of these cards can also apply and use other concession cards that suit them, such as the School Smartcard for students below 21 and Passion Silver for Singaporeans 60 and above.

These concessions are helpful considering that less than 40 percent of working-age people with disabilities are likely to be employed, which means they don’t have an excellent financial capability compared to the general population.

Traveling via Taxis and Private-Hire Vehicles

Some people with disabilities may not be able to commute through buses or trains for whatever reason. If they don’t have a private vehicle, they may board taxis and private-hire car services like Grab.

In February, Grab announced that some fleet members are already wheelchair accessible through their GrabAssist Plus program. Together with their partnership with SMRT Taxis, these private-hire car vehicles can ferry people on a wheelchair from their destination to a healthcare facility (and vice versa).

But that’s not all. Like in public buses and trains, those who need to ride taxis and use services like Grab can take advantage of the taxi subsidy scheme that decreases their fare by as much as 80 percent as long as they pass the means test, which is their family per-capita income should not exceed S$2,800 per month.

They also need to attend school, work, or SG Enable-supported training, do not own a vehicle, and, most of all, have been certified by a medical doctor as not being capable of commuting other than through taxis and private-hire cars.